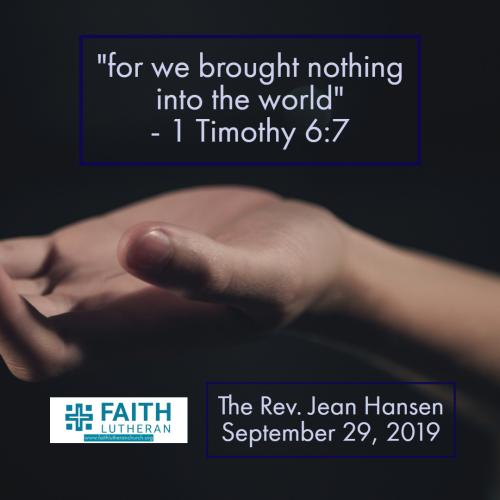 You may be surprised to hear that during the past two weeks I’ve been watching, on TV, the Ken Burns documentary on Country Music. I haven’t seen every episode, but I’ve been surprised at how interested I am in the ones I’ve watched. I guess they take me back to my childhood in western Nebraska where cowboy boots and hats were common attire and the Rodeo Club was a popular high school activity.

One of my hometown’s claims to fame is that Buffalo Bill Cody had a ranch there. As a boy, my Grandpa Hansen was picked from a crowd of boys to run an errand for the famous man and received an unprecedented nickel for his efforts. In my youth, the Buffalo Bill Rodeo brought in nationally-ranked competitors each summer, as well as popular Country entertainers. So, hearing about Hank Williams, Johnny Cash, Patsy Cline, Merle Haggard, Tammy Wynette, George Jones, Loretta Lynn and Charley Pride on the PBS special has been a blast from the past.

I’ve noticed something interesting, though. Many of those early Country music stars came from backgrounds marked by poverty, abuse, and addiction – particularly alcoholism. They fought circumstances to survive and to succeed. But, when they did, many used their wealth to destroy themselves and their families, and either died young or struggled to recover. No doubt, most of them believed, during the hard times, that wealth and success would make them happy and solve their problems, but the opposite was true because money could not fix what was broken.

With that truth in mind we turn to today’s Epistle reading from I Timothy, which is filled with sage observations, including, “…for we brought nothing into the world, so we can take nothing out of it” … and … “those who want to be rich fall into temptation and are trapped by many senseless and harmful desires that plunge people into ruin and destruction….” The passage is so direct as to be self-explanatory. Nevertheless, let me point out some important details.

We’ll begin with the context. The Apostle Paul, or his disciple, is writing to Timothy in Ephesus; he is concerned about ungodly lifestyles and false teachings in the newly formed Christian community. These believers have wealth (or are seeking it), and that’s distracting them and causing them to forget their baptismal promises. Some may even be taking advantage of the less savvy believers for their own financial gain. And, to justify their actions, they are connecting their financial success to God’s being pleased with them. All this is unacceptable, so these concepts are emphasized:

First, contentment is key and, when paired with prioritizing God’s ways, keeps us from the downward spiral of never being satisfied. Never being satisfied bottoms out with serving the thing (money, power, substances), and our desire for it, rather than serving and worshipping God.

Third, as followers of Jesus, our way of life is to pursue righteousness, godliness, faith, love, endurance, and gentleness. So, we strive to have a reputation for generosity and for being willing to share; we value the truth and what is just and fair; our goal is to live out our faith in word and deed, always seeking the way of Christ for Jesus’ glory, not our own. As commentator Chelsey Harmon put it, being a disciple of Jesus involves, “fleeing from pursuits that put others under our thumbs, takes advantage of them and seeks to improve our position at all costs.” (1)

And, finally, fourth, if we have wealth, we are to acknowledge its fleeting nature, trust in God, not money, and be rich in good works. In other words, wealth is a blessing meant to be used by us for the benefit of others.

These four concepts, when applied, lead to the true riches, a life that really is life.

Evidently, the rich man in today's gospel had never heard or ignored these concepts. He did not pursue godliness, and he trusted greatly in his wealth. Luke tells us that he dressed in expensive clothes and lived in great luxury every day. Outside his house was a poor and sickly man; how he ended up there, we do not know, but he survived on the crumbs that fell off the rich man's table and was too weak to shoo away the dogs that licked his sores.

Both men died.  The rich man, tormented and in great pain, looked up from hell to see Lazarus sitting with Abraham in paradise. The reason for the rich man’s punishment is not that he’s rich, but that he never had a thought for Lazarus while on earth. He was indifferent to his suffering. Who knows how many times he passed him and ignored him? The rich man begs to have his afflictions soothed by Lazarus. Before now he depended on his wealth and power to save him, but now he’s experiencing the reality that, to quote I Timothy again, “We brought nothing into the world, so that we can take nothing out of it.”

"Remember...that in your lifetime you received your good things," Abraham answers, "and Lazarus in like manner evil things. But now he is comforted here, and you are in agony. " It’s the merciful reversal; the rich have been sent away empty, and the poor one is lifted up.

I don’t think the purpose of Jesus’ parable is to give a glimpse of eternity; this is not a proof-text for earning one’s way into heaven. Instead, the message here is the same one that is found in l Timothy, that the love of money can lead us down a slippery, self-centered slope which takes us where we do not want to go, while the love of God and striving to be faithful, leads to a different, better life.

One of the great Country music songwriters is Kris Kristofferson; his story was featured in the documentary I mentioned earlier. He did not come from the impoverished background that I mentioned earlier; in fact, he studied literature at Oxford on a Rhodes scholarship and served as a pilot in the army. But, he turned down an assignment to teach at West Point to pursue music in Nashville, which alienated him from his family.

After four years of struggle, working as a custodian, he was “discovered.” His success was immense. Yet, he was overwhelmed by a destructive lifestyle. One Sunday morning that changed when fellow performer Connie Smith talked him into visiting a worship service at Evangel Temple outside of Nashville. He had not been in church in 20 years and was out of his element. And, yet, at the pastor’s invitation, he found himself in front, weeping, and being willing to acknowledge the saving grace of Jesus. What happened there, he said, “was and is kind of a mystery to me.” That same day he wrote the song, “Why Me?” Do you know it?

Why me Lord, what have I ever done
To deserve even one
Of the pleasures I've known
Tell me Lord, what did I ever do
That was worth loving you
Or the kindness you've shown.

Whenever he performs, Kris Kristofferson closes the show with that song. Perhaps he has discovered the life that really is life. AMEN