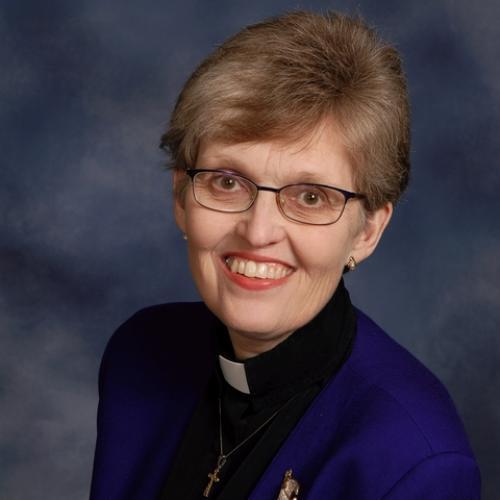 The people of the Gerasenes in today’s Gospel reading wanted to get rid of Jesus; of what do you suppose were they afraid? The account is clear, when the people in the city and the country heard what had happened – which we just read – they came out to check it out for themselves. They saw the man from whom the demons had gone sitting at the feet of Jesus, clothed and in his right mind and they were afraid. So afraid that a few verses later it says that they asked Jesus to leave them; for they were seized with great fear.

Commentator Scott Hoezee asks what was it that did them in, fear wise. Was it the sight of all those dead pigs floating in the water and washing up on the shore? Was it the sight of a formerly deranged man clothed and in his right mind? Was it the idea that despite other explanations people had come up with for this man being out-of-control, the reality was that there had been a legion of demons tormenting him (and in their midst)? (1) Or, were they simply afraid that their livestock would end up going over a cliff?

They were so overcome with fear that they wanted Jesus to hit the road, which whatever other explanations there may be, indicates that Jesus was the source of their fear. Evidently the presence and power of God can be frightening. It so happens that a section of Luke’s Chapter 8 focuses on fear.

Just before the passage we read today, Jesus and his followers are on a boat crossing the Sea of Galilee when a violent windstorm descends upon them; the boat was filling with water and they were in danger and afraid. But Jesus is asleep, as if none of this is occurring, and when they wake him up, shouting that they are perishing, Jesus rebukes the wind and the raging waves, and there is calm. Then, the disciples are afraid for another reason, asking, “Who is this (Jesus) that even the winds and the water obey him?

That’s two incidents of being afraid; the third is when they arrived in the country of the Gerasenes, perhaps breathing a sigh of relief after their life-threatening experience in the boat, and encounter a naked, wild man who lived among the tombs. He was out of control, so much so that attempts had been made to contain him with chains and shackles, but he would break free. That alone was frightening enough, but when the man shouted, “What have you to do with me, Jesus, Son of the Most High God?”, no doubt their fear doubled.

You’ll note that the man is not asking for help or healing; he wants Jesus to leave him alone. So, not only are the disciples afraid of him, but the man (or the unclean spirit in him) is afraid of Jesus. There’s a reason for that; it knew who Jesus was.

When Jesus ordered the spirit (who at this point is described as many demons) out of the man, they ask to be cast into a herd of swine, who, remember, are considered unclean by Jews and an appropriate place for the demons. Can you imagine being the swineherds watching this happen? Suddenly, their pigs go crazy, stampede down a bank and drown in the lake. That would be a scary sight! And then, to top it all off, the formerly deranged man has put his clothes back on and is making sense. It’s too much … and the solution is for Jesus to leave.

Fear abounds … but what about the healed man? He has been transformed into a disciple, given the responsibility of proclaiming, ‘how much God has done” for him. He is no longer bound among the dead but has been set free to preach among the living. He’s healed and living a new reality. In other words, his life has changed, which is as it should be when God is in our midst.

Could it be that it’s not just the astounding events of that day that were so frightening, but also the change that came with the healing? They were, after all, used to a demon-possessed, naked, shackled man living on the edge of town. It’s likely that those who lived there did not fear that because it was normal. But a man freed from his bondage was a new reality with which to deal.

As Dawn Ottoni-Wilhelm writes (quoted in a sermon by the Rev. Luke Powery): “It was easier to accept the presence of a crazy person outside the boundaries of town than a healed man who will walk among them, confronting them with the reality of God’s transforming power in their midst.” (2) That reality confronts them with their own need for transformation.

Pastor Powery put it this way: “Some don’t want God in their lives because that means they will have change. We don’t want the way we live to be disrupted. Healing and salvation are scary because it means a different way of life, a new order, a new reality, a new creation has arrived.” (3)

I was reading the ELCA publication “Boundless” that recently arrived in the mail, and in it there’s an interesting story about a young woman named Evelyne from Kenya. She was raised in a Maasai community and at the time this story begins was only 14-years-old. At that time, she was introduced to the Women’s Literacy Program of the Kenya Evangelical Lutheran Church.

Her father had arranged for her to marry into a polygamous household with a much older man, but Evelyne wanted to continue her studies. With only two days remaining before her wedding, Evelyne reached out to the women’s department of the Kenya Lutheran Church who helped her leave home; her father was furious and refused to allow her back home; for three years, her father forbade her to visit her mother or siblings, So, through the Women’s Literacy Program she was provided the fees and resources she needed to attend secondary school where she thrived and was praised for her hard work and good grades. She is now hoping to go to the university to study accounting, so that she can find a god job and serve as a role model for other Maasai girls who wish to pursue their education.

That’s a story of transformation; an example of God’s power working through a ministry of the church. But, initially, the change that Evelyne was seeking, frightened her father, even though it can be reasonably argued that her education would benefit the entire family and community. He resisted the reality of God’s transforming power. But she was bold enough to step out in faith.

That’s an often-heard story, I think … and too often fear of change wins. And yet, Jesus is the initiator of transformation again and again in scripture and in our lives, and sometimes, like the healed man in today’s story, it happens without our requesting it. So, the real question is, how will we respond? Will we step into the new reality that is laid out before us? Evelyne did, and sees herself as someone who can “give hope to hopeless girls who are being oppressed.” (4) education. And,  with help from church leaders, their relationship has been restored and she has been allowed to go home.

Fear abounds, yes, and it can get in the way of a new reality, but by the power of the Holy Spirit hope abounds and faith abounds, so that transformation and  new possibilities also abound. AMEN