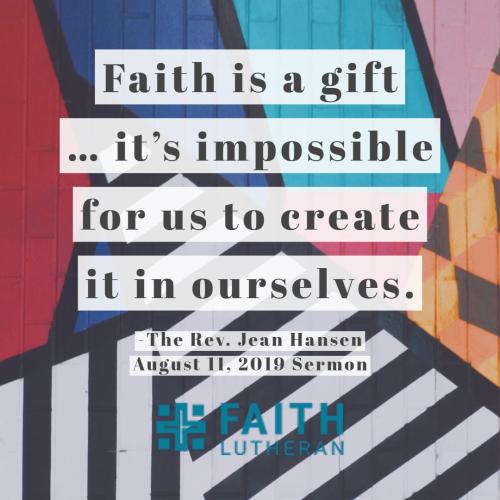 Landing on Our Feet

Landing on Our Feet

Today we are going to step back into the Old Testament and be reacquainted with Abram and Sarai, later renamed Abraham and Sarah, who are the first patriarch and matriarch of the Jewish people. Since they also are important in Islam and Christian faiths too, it makes sense that we know them.

They first show up in Genesis 12; God tells them to leave their country, their home, and family, and follow God’s guidance to an unknown land where God will make them into a great nation and bless them. They went; that’s a point in their favor.

In fact, Abram and Sarai along with their nephew, Lot, gathered their households, livestock, and possessions and left Haran when Abram was a 75-year-old man. (It was a big move for a senior citizen; consider the moves many of you have made recently from your long-time homes to new, hopefully, easier to manage settings, that required trust that it would all work out in the end, and perhaps you’ll sense what it was like for Abram and Sarai.)

So, the caravan passed through Canaan, which was the land promised to them and their descendants and ended up in Egypt. Then, the “fun” begins. Instead of trusting God for safety, Abram passed Sarai off as his sister knowing that she was so beautiful that the Pharaoh might notice her. That’s what happened, and “for her sake” the Pharaoh “dealt well” with Abram. Sarai went to live as a wife of the Egyptian ruler. When Pharaoh’s household was afflicted by God with a plague, due to this immoral situation, the deception is discovered, and Abram and his family are shown the door.

Ironically, though, they became richer while in Egypt due to the Pharaoh’s gifts. So, it was strike one in the trusting God department, and yet they land on their feet. And that, it seems, is a theme of their story … they fell short of God’s will often … and yet, somehow, they remained upright.

When Abram and his nephew Lot decided to go their separate ways, and Abram settled in the land of Canaan, God once again confirmed the promise. As far as Abram can see, God said, the land will be theirs and their off-springs’ forever. And, God will make their offspring as numerous as the dust of the earth. The problem was two-fold; Abram and Sarai lived as visitors (immigrants) in a land to which they had no legal claim and they had no children, which is why Abram again took the situation into his own hands.

We read in today’s passage from Genesis 15 that Abram named Eliezer of Damascus as his heir, which may imply a formal adoption process. (God is taking too long to fulfill the promise, obviously. Did you notice whose fault it is? Speaking to God, Abram says, “YOU have given me no offspring.”) Strike two in the trusting God department.

God’s response was clear: you will have a biological heir, and your descendants will be as numerous as the stars of the heavens. Abram believed the Lord, we read, and the Lord “reckoned it to him as righteousness.” “Why?”, we might ask, “did Abram believe, at this point or previously?”

Commentator Doug Bratt is sure that’s possible only because the ability to believe is a gift from God. “The God who makes the promise of countless children to Abram is the God who also makes that promise believable to him (Abram).” And then, God credits (reckons) that faith to Abram as righteousness. To be righteous in this context is not to just be right with God, which is how we often think of it, but to trust the future God has planned. So, God is giving Abram and Sarai credit for being righteous, for trusting that God, not the present or the past, controls the future.

The thing is, though, that such righteousness is usually only the result of God’s persistent work in our lives. It takes a long time to be completely confident in God. So, while Abram and Sarai are given credit at this point for believing and trusting, their subsequent actions make it clear that they are still short on righteousness and they do not have complete confidence in God. (1) Again, and again, they take matters into their own hands. There are more strikes to come in the trusting God game.

Who could blame them though? It’s a 25-year wait for that promised heir from this point in the story. Then, they had only one child, Isaac, and it took millennia for God to give them as many children as the stars they could count.

In spite of the strikes against them, they landed on their feet and end up among the list of the faithful in the New Testament book of Hebrews. This letter was written around 70 A.D. when the Temple in Jerusalem was destroyed, and Christians are facing hardships. The message is, “remain faithful!” even though the life of faith is not as rewarding or pleasant as they expected.

Look at those who have gone before us, the writer says, they have persevered without even the evidence Christians have for their faith. They, particularly Abraham and Sarah, are among those for whom faith is “the assurance of things hoped for, the conviction of things not seen.” In other words, as Robert Gagnon suggests, faith believes that the ultimate reality is not in what we can hear and see right now. Faith, instead, trusts that what’s ultimately real is what we can’t see or hear because it has not happened yet. We live in a world that counts as real that which can be measured or tested NOW. The author of Hebrews is saying that the opposite is true, and that, in fact, what God promises is as real as anything we can see, hear, smell, touch, or measure. (2)

That’s why faith is a gift … it’s impossible for us to create it in ourselves … so God gives us faith. But, it’s a gift that needs to be nurtured, fed, developed and put to use, which is why, I hope, you are here today and opening your heart and mind to other faith-building opportunities. Abraham and Sarah developed commendable faith over time, but they had to strike out many times in the process.

Consider this example shared by commentator Doug Bratt: “In his book, Harry Emerson Fosdick: Preacher, Pastor Prophet, Robert Moats Miller quotes Fosdick as saying there are ‘three sorts of folk. There are the utter disbelievers. They will have none of religion. It is to them, superstition and credulity…. But there are not many such. There are great believers who have grown up into a luminous and convincing life with God. Like St. Theresa who said that in her heart she had an experience so beautiful that one drop of it, falling on hell, would turn it into paradise. But there are not many such. Between these two groups are the mass of people. They are not utter disbelievers, and they are not glorious believers. Their faith is hesitant, uncertain, unsatisfying, and sporadic. ‘Lord, they say, “I believe; help my unbelief.’” (3)

Those very words were spoken in Mark 9 by a man seeking healing for his son. He asked Jesus if he was able, to have pity on them and help them and Jesus’ response was, “If YOU are able! All things can be done for the one who believes.” The worried father then cried out, “I believe: help my unbelief.”

What an honest response; it’s true for many of us. Yet that’s a prayer that, for that father, for Abraham and Sarah, and for us, lands us on our feet.