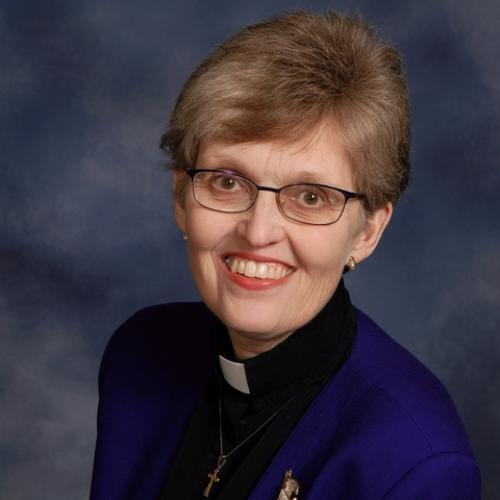 Last Sunday the Psalm encouraged us to trust in God, our ultimate refuge and source of shelter. The theme was TRUST in God. Today’s theme is WAIT for God.

Waiting is not something most of us enjoy; it’s similar to not being good at living in the moment, probably because we do not want to keep waiting, so we focus on the future. For example, we dislike waiting in the doctor’s office because it’s taking longer than expected and we have other things to do, or, we want to put whatever illness or condition that needs attention behind us, so we’re anxious for treatment to begin. Perhaps we dislike waiting because if we anticipate hearing challenging news and we want to get it over with, or, on the other hand, we are looking forward to a positive report and moving on.

So…my point is that we think of waiting as negative and yet, in Psalm 27, it seems to have a positive tone. Perhaps that’s because the Hebrew word for wait means to “actively hope”, that is, to anticipate the good God will do and the good God is. “Wait for the Lord and be strong; take heart and wait for the Lord.” (vs. 14)

It’s interesting, isn’t it, that the writer of this Psalm is actively hoping, in a positive way, at the beginning and end of this Psalm (or prayer), but it’s not that way in the middle. As commentator Jane Strohl notes, there’s great boldness in the first three verses; an exultant cry and then a declaration of certain victory. Even the horrors of war are ignored. “Though an army encamp against me, my heart will no fear. Though war rises up against me, my trust will not be shaken.” (vs. 3)

But then, at verse 7, the tone changes again and now there’s anxiety. The prayer sounds something like this: Listen to me! Answer me! I’m doing what you requested; don’t be angry and leave me! The Psalmist even reminds God who God is – my help, my salvation, my parent who, unlike earthly parents will not forsake a child. Protect me, the Psalmist cries.

Then, the anxiety lessens and the prayer ends with a strong confession, “This I believe – that I will see the goodness of the Lord in the land of the living! Wait for the Lord and be strong. Take heart and wait for the Lord.” (Vs. 13-14) (1)

Does this remind you of anything? The psalm may reflect our own roller-coaster-like prayers which are sometimes confident, sometimes content, sometimes anxious, sometimes demanding, sometimes pleading, sometimes resigned and sometimes willing to wait, and to actively hope. But, because fear and doubt can seep in, that waiting is interrupted by apprehension, worry and anger. As Commentator Hoezee notes: “Our lives of discipleship in this world are varied. Because of that, there are those Sundays when we can belt out a hymn like “Great is Thy Faithfulness” and feel the truth of if clear down to our toenails. And, then, there are those Sundays when we can’t get through it without our voices cracking because lately God has seemed to be on vacation.” (2)

Christian author and theologian C.S. Lewis once said that our prayer life is also our autobiography. Referring to this, Commentator Scott Hoezee wrote that “who we are, where we’ve been, the situations we’ve faced, the fears that nag us, and not a few of the core characteristics of who we are as individuals: all of it can be, and really should be, detectable and on display in the way we pray.” (3)

But then there are those times when we do not know how to pray, and yet God shows up. Pastor Richard Lischer has written a book titled Open Secrets in which he tells of his first three years as a pastor in a small rural town in southern Illinois, near the Missouri border. He had been in his new congregation for only a week when he received a 3 a.m. phone call. (As we all know, phone calls at that time of day are seldom good news.) It was a church member named Ed saying that his wife Doral was at the hospital with a ruptured gall bladder. Surgery was imminent and things were shaky.

So, for the first time as a pastor, he jumped into the car and headed for the hospital. When he found them, Ed was nervously patting his wife’s sweat-pasted arm. This couple had no children and no family close-by; they never missed church, but Pastor Lischer had not yet gotten to know them. As he approached, and the couple looked expectantly at him, he realized that he had forgotten his prayer book, Bible and anything else that might help him figure out what he was supposed to say in this situation. Doral was, he writes, the most frightened person he had ever seen, and she was looking right at him, her pastor.

As a side-bar here, let me note that I know exactly how Pastor Lischer felt. I was in a hospital chaplaincy program even before I went to seminary, and the very first time I was on call, I had to go to the hospital in the middle of the night due to a sudden death. There I was, not knowing what to say, as I faced people who I had never met in the midst of a tragedy. It was unnerving (but a good way to learn to trust God). Although, I did have the advantage of having spent a great deal of time at the hospital during my teenage and young adult years when my parents were ill, so at least the environment was familiar.

Back to Pastor Lischer … it was very quiet in the room …  and finally the Pastor croaked out the only thing he could think of - a piece of the traditional communion liturgy. “The Lord be with you,” he said, “And also with you,” the couple replied in unison, as though this was exactly what they expected him to say. “Lift up your hearts,” Pastor Lischer intoned, “We lift them up to the Lord,” the couple responded.

Luckily, he didn’t have to say the third phrase because suddenly, he writes, the Lord himself was in that room; the Lord of that place in that sacred moment, and amazingly much that had been disheveled and fevered and sweaty was recomposed. They said a brief prayer together (compliment, no doubt, of the Holy Spirit) and Doral went to surgery calmer and ready for surgery. (4)

For them, the Psalmist’s words were true, “The Lord is my light and my salvation; whom then shall I fear? The Lord is the stronghold of my life; of whom shall I be afraid? (vs. 1) So it is that in the midst of our unpredictable lives, we trust in God and we wait for God. AMEN