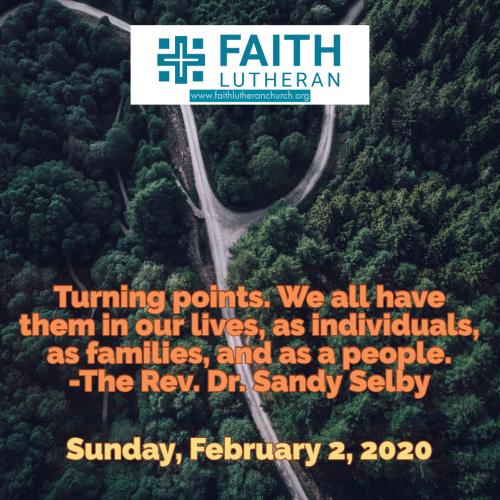 Hear what the Lord says: Rise, plead your case before the mountains, and let the hills hear your voice. 2Hear, you mountains, the controversy of the Lord, and you enduring foundations of the earth; for the Lord has a controversy with his people, and he will contend with Israel. 3“O my people, what have I done to you? In what have I wearied you? Answer me! 4For I brought you up from the land of Egypt, and redeemed you from the house of slavery; and I sent before you Moses, Aaron, and Miriam. 5O my people, remember now what King Balak of Moab devised, what Balaam son of Beor answered him, and what happened from Shittim to Gilgal, that you may know the saving acts of the Lord.”6“With what shall I come before the Lord, and bow myself before God on high? Shall I come before him with burnt offerings, with calves a year old? 7Will the Lord be pleased with thousands of rams, with ten thousands of rivers of oil? Shall I give my firstborn for my transgression, the fruit of my body for the sin of my soul?” 8He has told you, O mortal, what is good; and what does the Lord require of you but to do justice, and to love kindness, and to walk humbly with your God?

Today is Groundhog Day, and this morning Punxsutawney Phil did not see his shadow, which is bad news for Pastor Jean, who loves winter, and, I suspect, good news for many of the rest of us because Phil the groundhog has told us that we’re going to have an early spring. I’ve watched the Groundhog Day festivities on TV a couple of times; to me, the whole thing seems a bit silly, if not cruel. The poor groundhog looks to be shaking with fear! But for this brief moment, he’s the center of attention. What’s this all about? Well, it turns out that Groundhog Day occurs on a particular date that has deep significance. Since ancient times, February 2 has been celebrated with both sacred and secular rituals, because this day stands at the midpoint between the winter solstice and the spring equinox, an important flexion point in the transition from the darkness of winter to the light of spring. February 2 is a turning point.

The cycles and seasons of nature have turning points, periods of darkness and light, of birth, death, and rebirth. So it is with our lives. We can all look back and see a turning point of circumstance, realization, or decision that has changed the path of our life journey. Nature has turning points. So do individuals, families, churches, communities, and nations.

In today’s Old Testament lesson from Micah, the people of Israel are at a turning point in the 8th century before Christ. They’re in a state of crisis because the Assyrians have surrounded them, and an invasion is imminent. And they’re in crisis because the God they are counting on in their time of need is angry. God is chastising them because in pursuing their own self-interest, they have turned a blind eye on the injustice and oppression within their community, and as such, have broken their covenant with God.

God takes the people of Israel to court, bringing a lawsuit in which God is the plaintiff, the people are the defendants, and the surrounding mountains and hills are the witnesses. God sets forth the charges saying, essentially, “In spite of all the saving acts that I have done for you, bringing you out of Egypt to Israel, and repeatedly protecting you against invaders, you have been unfaithful to our covenant of faithfulness and obedience.” Then the people of Israel speak in their defense: “What do you want from us, God? Do you want us to make offerings of calves and rams, by the thousands, at the altar? Do you want us to give you our firstborn child as a sacrifice? What do you expect from us?”

Micah responds with what Pastor Coralee Cox has described as “the spiritual and ethical requirements of all religions, summed up in one sentence”[i]: “God has told you, O mortal, what is good; and what does the Lord require of you but to do justice, and to love kindness, and to walk humbly with your God?”  That is what God expects of us.

“Do justice and love kindness.” That’s a difficult balance to achieve! Recently I participated in the online Radical Compassion Challenge organized by Dr. Tara Brach, a Washington-based psychologist whose focus is on bringing mindfulness and meditation to the work of compassion. I learned on Thursday that I was one of nearly 100,000 people who participated in the challenge. For ten days, we did a guided meditation, completed an assignment to engage in a particular act of compassion, and watched a video of an interview about a particular aspect of compassion for self or for others. The last interview, on Friday, was with Van Jones, a 51 year-old African-American man who is a CNN commentator and author of Beyond the Messy Truth: How We Came Apart, How We Come Together. The title of the interview was “Bridging the Divides That Separate Us.”

Jones began by telling the story of what happened in his own life when his single-minded pursuit of justice was neither balanced by kindness nor grounded in humility. He graduated from Yale Law School in 1993, just when the so-called “war on crime” was ramping up. The Three-Strikes-Your-Out legislation was signed by President Clinton in 1994. That law, along with others that increased the penalties for drug-related offenses, were increasing exponentially the number of people in prison, disproportionately, black men. Jones moved to California and became a self-described “left-wing activist,” marching in protests and doing all he could within the political arena to make change occur on behalf of people of color, in the process demonizing and vilifying those with whom he disagreed.

And then he burned out. He found that his “addiction to outrage” was destroying him. He stepped away and reconnected with the faith of his childhood, realizing that to do the work of justice, he needed “to walk humbly with his God.”

That was Van Jones’s turning point. His humble walk with God made him realize that, as Micah had told the people of Israel, justice needs to be partnered with kindness. He visited people in prison and formed relationships with the family members of those who had been in prison. One of those people was President Trump’s son-in-law Jared Kushner, whose own father had been in federal prison. So Van Jones, a liberal Democrat who had been in the Obama administration, and Jared Kushner, a Republican who spends significant time in the White House, became partners in the work of criminal justice reform to address the mass incarceration that had resulted from the legislation of the 1990s. In December, the president signed bipartisan legislation to that effect and gave his signing pen to Van Jones.

“Love kindness.” In Middle English, the particular form of the English language that was spoken in the 11th to 15th centuries, “the words ‘kind’ and ‘kin’ were the same." Reflecting on this fundamental linkage between kindness and kinship, Amy Peterson writes, “practicing kindness requires at minimum, a willingness to see the image of God in, and to find a point of honest connection with, every person.”[ii]

Through the crucible of adversity and burnout, Van Jones realized, in his words, that “no change is possible without respecting those ‘on the other side,’ and having compassion for them.”[iii] His realization of our fundamental kinship with one another, made possible by his humble walk with God, was the turning point in his work for justice that continues today. Van Jones’s turning point speaks to me, personally, as a call to walk with compassion toward the pain of others rather than argue my point by throwing verbal hand grenades across the chasm between us.  Only through compassion can I be moved to my own turning point, based in Micah's call for justice, kindness, and humility.  In the end, bridges across the divides that separate us are built through the heart, not the head.

Turning points. We all have them in our lives, as individuals, as families, and as a people. The prophet Micah addressed the people of Israel when they were at a turning point, telling them to “do justice, love kindness, and walk humbly with your God.” Van Jones seeks to live out Micah’s instruction. We at Faith Lutheran Church are called to do the same. To that end, the Team that is leading our Reconciling in Christ journey has endeavored to ground the conversations within our congregation in the spirit of Graceful Engagement that is described in the ELCA’s guiding handbook, Building An Inclusive Church:

Graceful Engagement is not:

This morning after worship we will move to the Fellowship Hall, where we will have Kinship Cafe, which relates back to our word “kindness,” and then will hear stories of turning points, flexion points in the life journeys of a transgender man who is part of this congregation, and of a gay man, and parents of gay and lesbian children, who are our guests today. I hope you will join us for this time of fellowship and Graceful Engagement, which focuses on our relationships and our kinship with one another.

By way of invitation to our time together, I will share with you now a story that was sent to Pastor Jean by an 83-year-old man who is the family member of a member of this congregation, and wishes to remain anonymous:

“I joined the Lutheran Church of Honolulu in the late 1970s.  The congregation must have been one of the earliest Reconciling in Christ communities.

I was born in 1937.  I grew up without any references about gay people.  If we were aware of anyone possibly being gay, it was never spoken about openly. My church home was a very loving, supportive, and deeply spiritual congregation.  During my teenage years, I was aware of my attraction to men but I never spoke openly about it.  I never had the courage or inclination to reach out to anyone.  I guess my mentors at the time didn't have the courage or the words to help me.

I was accepted as a pre-seminary student and supported by the New York Synod.   During my sophomore year at Wagner College, I decided that God would not want me nor I Him and I decided a life in the church was not for me.  I followed my sexual desires but never accepted my lifestyle and hid my gay life from family and friends. It was a lonely and depressing separation from family and loved friends. I used alcohol abusively for many years. My life was reaching a crisis about the time I was transferred to Hawaii by my employer.

I believe my life began to change when I joined the Lutheran Church of Honolulu.  I didn't join because I had reconciled with God.  I joined because they had an exceptional music ministry, and I wanted to sing in the choir.  During the short two and a half years I spent there, I learned that gay people were not an abomination in God's eyes and that we are loved by God and the people of his church. I still had not the courage to come out of the closet.

I was transferred to Munich, Germany, and had a miserable year and six months desperately trying to beat the alcohol problem.  I finally got on my knees and asked God's help. I went to AA.  I stopped drinking. In time I came out to my family and close friends [as a gay man].

All of this began [forty years ago] with the love and acceptance and reconciliation with God which happened at the Reconciling in Christ congregation at the Lutheran Church of Honolulu.”